Be on the lookout for a re-creation of this photograph sometime in the near future.   Because we are such excellent riders though, (yeah right), we may need to borrow another motorcycle to lay it down.  Maybe, the Mule can oblige when the moment comes.

Getting down to brass tacks now, let’s talk a bit about this movie.   I honestly never even heard about it until about two weeks ago.  HC John one fine evening sent a text out to the Chaps that he was watching this movie.   Along with the normal friendly texting banter, it quickly became apparent that I had viewing in my future.

A quick google search to find out what this movie was all about, really sealed the deal.  “A group of four frustrated middle aged wanna be bikers”, I can align with that pretty quickly.

Not expecting much, I was pleasantly surprised.  Okay, Marisa Tomei was in it, how bad could it be?   Don’t forget Ray Liotta as the bad guy.   There was super silly humor,  and it was overall pretty fun.  I would say the gags were mostly predictable, but after a martini or two, they seemed pretty damn funny.  What more could you want in a movie like this?  It had action, friendship, the girl, good guys and bad guys, great scenery, and motorcycles.    Everything you could want in a movie like this.

Even though I was labeled as the Golden Knight by the other chaps, I do find myself secretly wanting to be Dudley. Hmm. Wonder why? 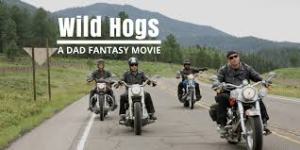 Who do we identify with: 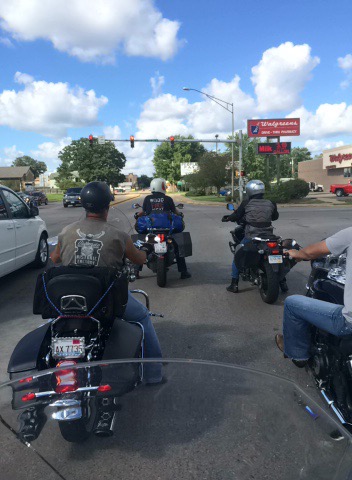