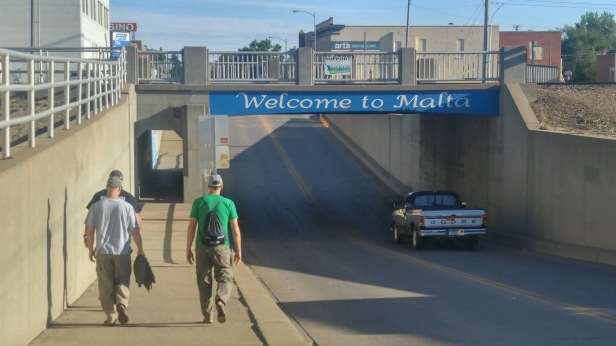 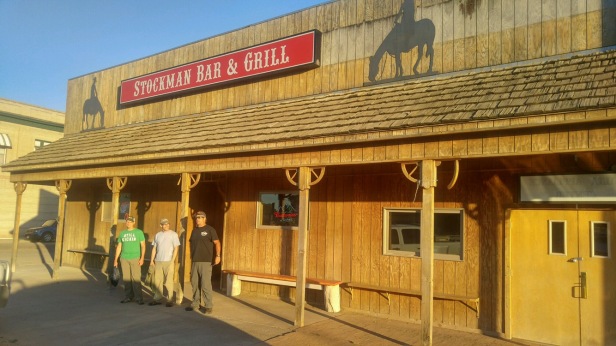 Devils Lake ND to Malta MT today. 477 miles. Most of it in crazy winds again.  Eric went back home today and Chris and Tony started their own trek through SD and then back home. Brian John Dave and I are on our way!

Hwy 2 in ND is long and straight. If you thought you were going straight for a long time just wait until you get over the next rise. MT is much more scenic.

Arrived  in Malta tired and hungry. We set up camp and went to Stockmans Pub and Grub. I have to say the burger was outstanding.

Now back to camp where John is making a necessary repair to one of his side cases and we, are of course, lending all of our opinions. Tomorrow is into Glacier National  Park. Posted by HCAllen.

One thought on “Malta MT”